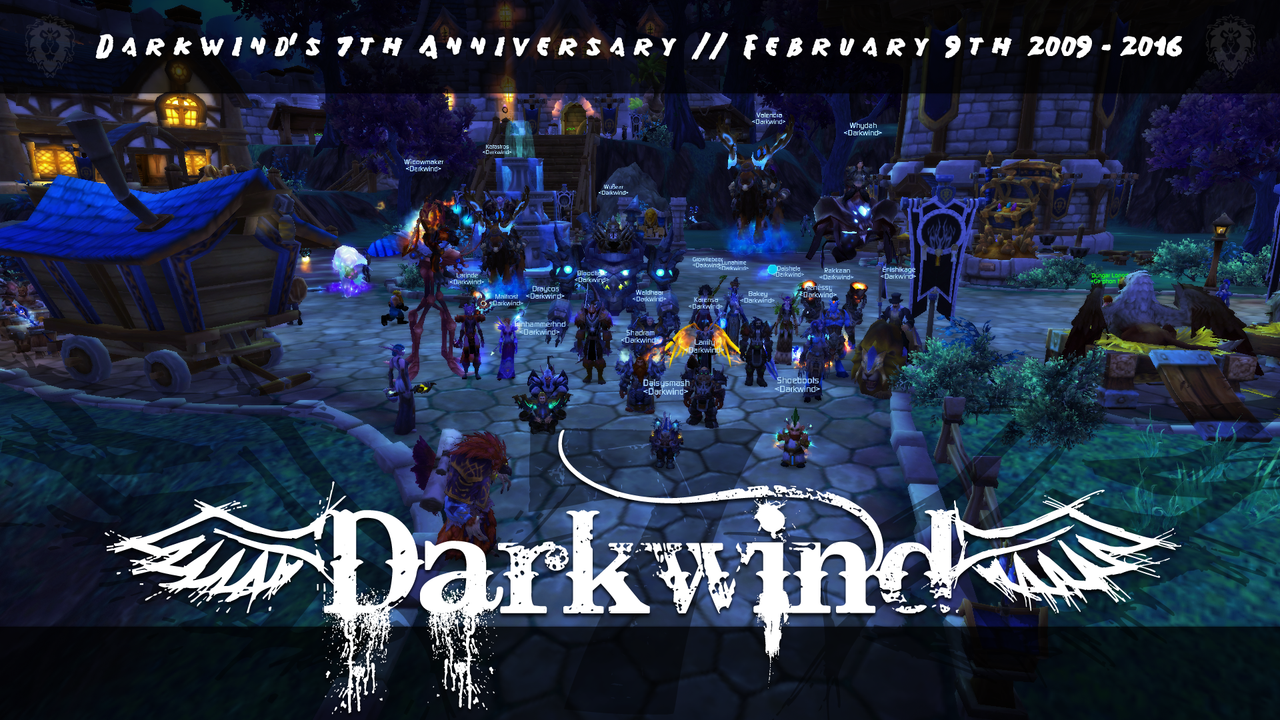 Last Sunday, our guild congregated to celebrate 7 years as a group. 7 years in a game that is 11 years old is quite a feat, to say the least. With a night of games and hard-to-obtain “Darkwind-themed” prizes, we kicked off the evening with three rounds of Darkwind Laser Tag, using Dazzling Rods around Shad’s garrison, Stormshield, and Stormwind’s Pumpkin Patch. Big congratulations to Bakey, Chopasuey, and Waldhaar for winning the Spectral Tiger Cub pets! 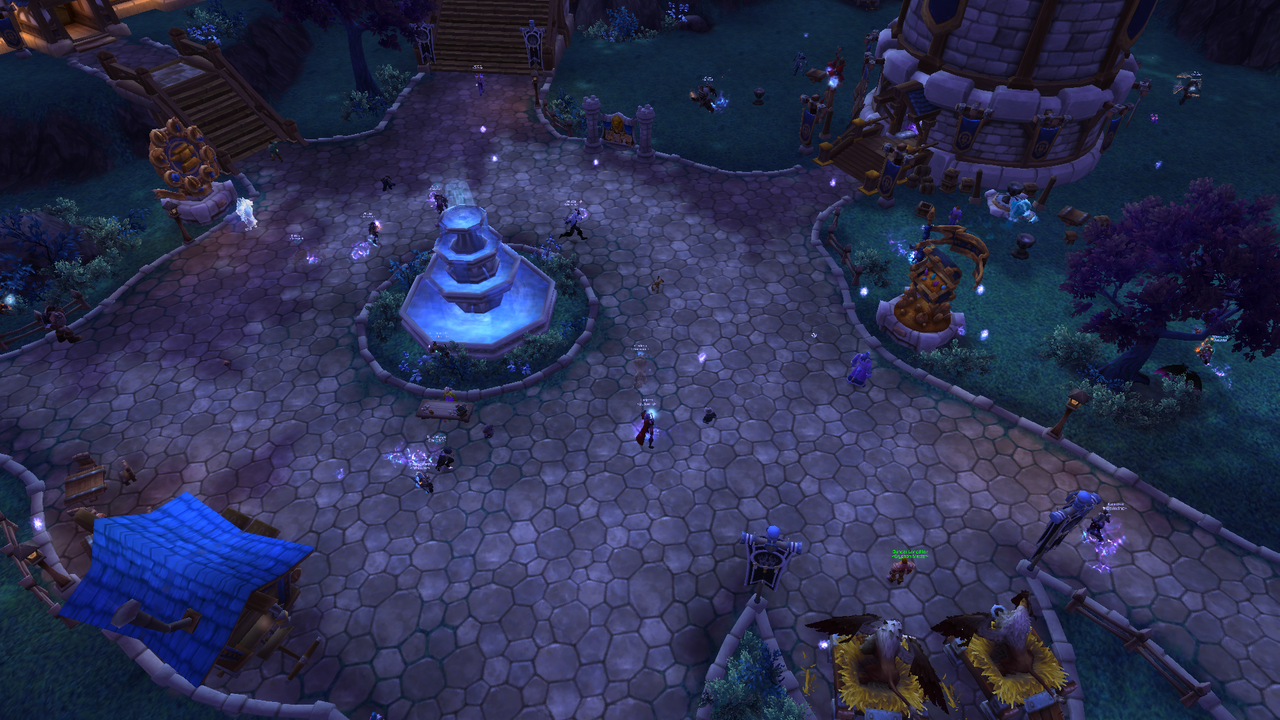 Three rounds of Capture the Flag divided up the group in two teams, splitting Stormwind City in half. Jail guards, flag guards, strike teams, and defenders required quite a bit of strategy from both teams. The winning team received Hexweave Bags, with some luckily walking away with a Corrupted Nest Guardian, the pet that drops off Iskar in HFC.

Ending our evening with a guild kill of Drov, popping a guild achievement, we wrapped up our celebration. No event writeup could capture the energy of our guildmates throughout the course of the night. It was a blast to see so many people hanging out in Mumble, hearing laughter, strategizing, and anecdotes.

Here’s to many more years of being a guild.