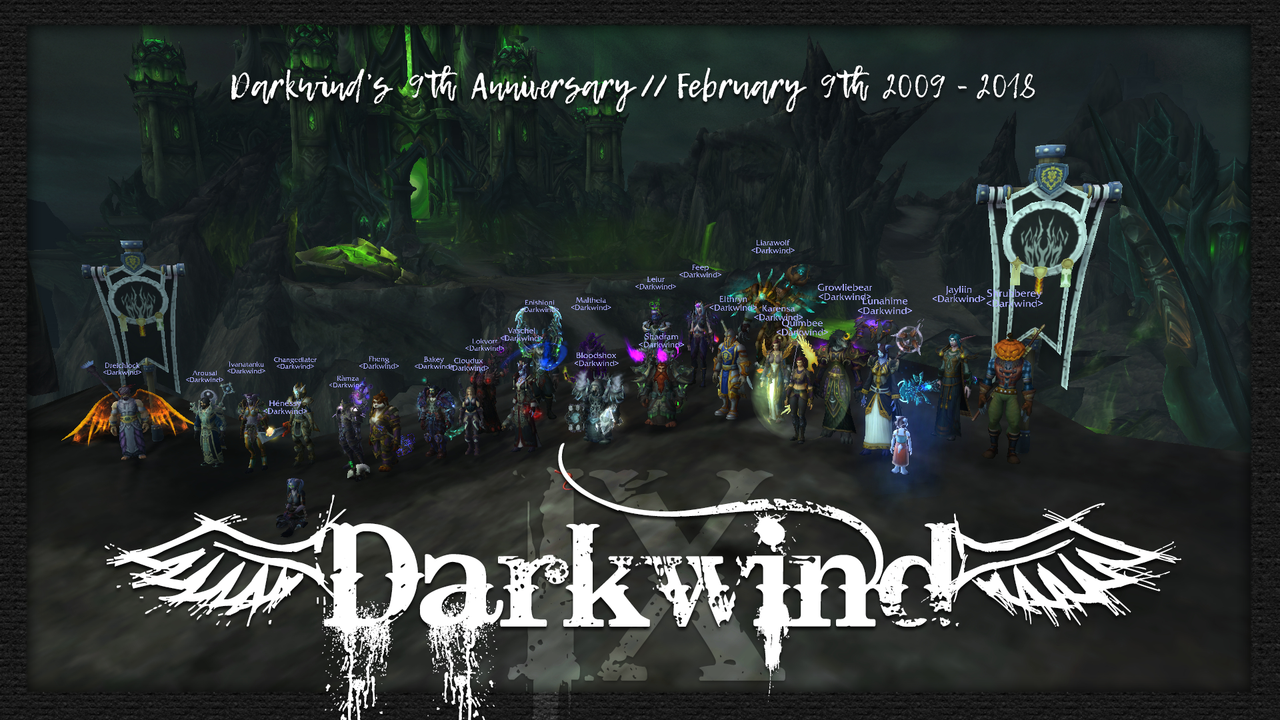 This past Wednesday, our guild threw a 9th Anniversary celebration. We started in the Darkmoon Faire with a Steam Tonk relay race through the petting zoo. Each team made their way through the route, while the other teams tried shooting their tonks down. Grats Team Shaman/Mage–Bloodshox, Henessy, Quimby, and Ramza–the winning team, who each received Sky Golem mounts.

Next, we moved next door to the ETC performance stage to hold our transmog contest, “Darkwind” themed. Bloodshox impressed the masses with his wind-themed transmog, winning him a Steelbound Harness mount. After a guild picture at the Broken Shore, we wrapped up the evening at our traditional Stormwind Pumpkin Patch with a traditional dodgeball game, where the winning team picked up a Hexweave and Shal’dorei Bag set for new alts.

Everyone in attendance received Shal’dorei bags and a lottery present–filled potentially with rare pets such as a Spectral Tiger Cub, expensive crafted toys… or the ever elusive Left Shark pet. The grand prize for the night was a Vial of the Sands, Sandstone Drake 2-seater mount, which Vortice picked up with a /roll of 94. Bloodshox blew the Trivia Contest away, winning him a Jeweled Onyx Panther mount. The trivia questions of the night:

It was great seeing Discord filled with so many people, and knowing that after 9 years, we are still thriving as a guild. It wouldn’t be a great guild without great people, and Darkwind is filled with them. Thanks those for coming, thanks those who sent us love during the week, and here’s to another year of gaming together as a guild.