Darkwind Welcomes 2015 & Another Anniversary by Shadram

What a year 2014 had been for Darkwind. Seeing Garrosh fall multiple times (seemingly more often than we would have liked to) to capped out raid groups, giving long-awaited greetings to multiple members return from long hiatuses (or hiati? /scratches head), watching our guild grow through a steady influx of new members and friends of current guild mates applying, raising hundreds of dollars for cancer research, having multiple raids running to allow for the increased interest in raiding… this list could go on. The release of Warlords of Draenor is doing Darkwind well.

So to kick off 2015, I hope each of you has set personal and group goals, that you would like to achieve. And unlike some new year’s resolutions that fade from obscurity within two weeks, I hope they stick, and that we can help each other find success. It was a nice New Year’s surprise to reach a guild goal of completing Highmaul and having a group of Darkwind down Imperator Mar’gok, the first of many.
Our next big event coming up is our Darkwind Anniversary Party. Being around since February 9, 2009, it gives us plenty of cause to celebrate! Darkwind has held together much longer than the majority of guilds, and we cannot have done it without the membership and leadership we have had through the years. As an Elder, I am humbled by how active our player base is, and may it continue to grow and mature.
Our anniversary celebration is happening on Sunday, February 8, at 6pm server time. We will see the return of some returning favorite games (dodgeball in Stormshield, anyone?), an introduction of some new activities, and a chance to get a great guild picture! If there’s an event you don’t want to miss, this is the one.
Mark your calendars, and be there for the festivities and a spot in our screenshot. Bring your party hats and celebratory ale, and we hope to see you there! 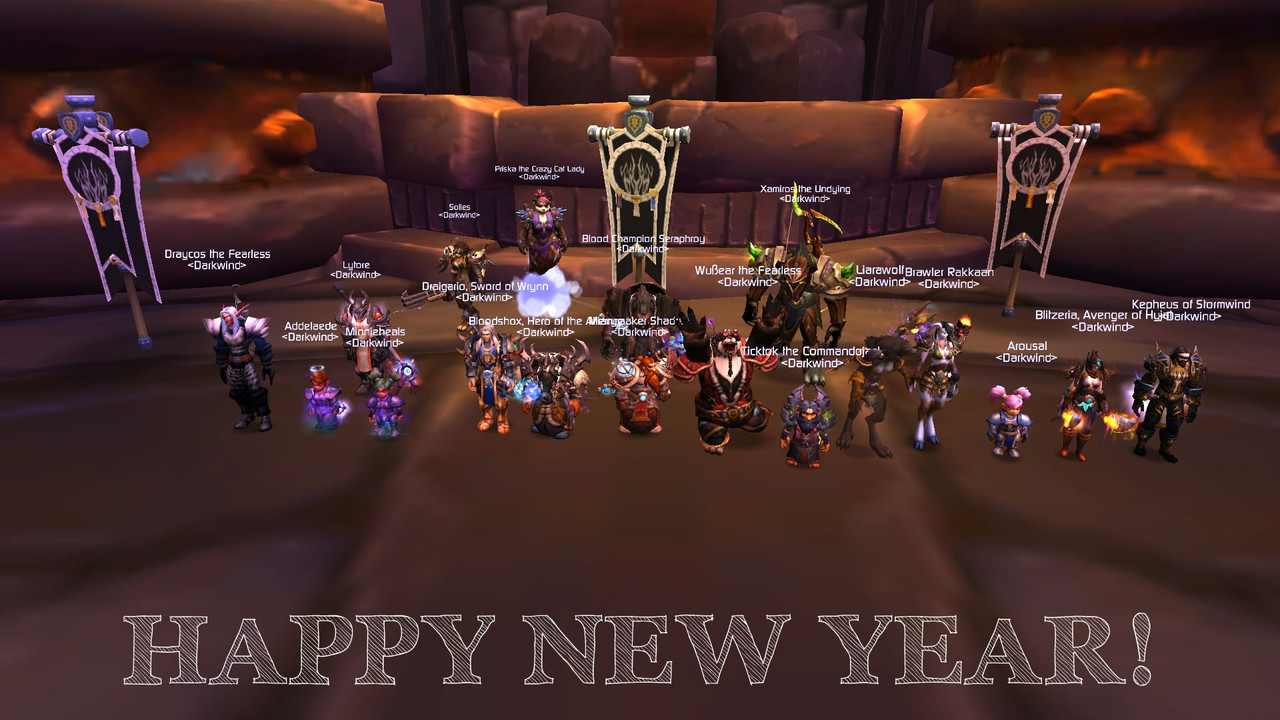