Get to Know Your Guildie: Faxmate!

Get to know your guildie is back, this time with a draenei for a target. They’re big and hard to miss! This month we peppered paladin Faxmate with our sharp questions and all the answers came pouring out. So gruesome! Bubble next time, Fax! (Don’t worry, folks. He’ll be ok – he has Lay On Hands!) Get ready to get to know…. Faxmate!

How long have you played wow?
I only started playing WoW seriously for about six months (bought my own subscription), after trying it on a very casual level multiple times over the past decade.

How did you come to start playing?
Recommendations from some friends and my dad mixed with boredom with a lot of other games I was trying finally convinced me to give WoW a real shot.

What’s your favorite race/spec?
To play? I love my Draenei ret paladin. In terms of looks and lore? Nightborne and DK’s are pretty cool.

What brought you to Darkwind?
I knew I wanted to play WoW with lots of different people and I was friends with someone who was already in the guild and he introduced me to lots of people from the guild. After joining for a Sunday raid I knew this was the group I wanted to spend my WoW “career” with.

What is your favorite thing to do in game?
I love raiding and high-level dungeons, it’s fun to accomplish something together with lots of different people. However, some of the most fun I have is just running circles around Oribos or Eylsian Hold just talking with people over Discord.

If wow were to suddenly disappear, what game would you be playing?
I’ve taking a liking to Apex Legends recently, but I’d probably go back to Hearthstone and Genshin Impact

If you could vacation anywhere in game…
There’s lot of beautiful spots in-game, but my top picks would probably be Dalaran or somewhere in Pandaria

If you were able to turn any in-game pet into a real –life one…
Those new pets that are going to be coming out of the Broker megadungeon look super cute and cool at the same time. Alternatively, Daisy the sloth.

What is your most favorite dungeon or raid in WoW? Least favorite?
Even though I personally have never done it, it’s hard to top ICC for raids. My favorite dungeon has to be De Other Side, Bwonsamdi (and his VA) is absolutely phenomenal.

Who is your favorite character from the World of Warcraft and why?
I love Varian Wyrnn, his background and presence in every scene he was in is absolutely incredible. His death scene was also absolutely heartbreaking.

What is one of your favorite wow memoires?
Darkwind’s kill on Heroic Sire was pretty awesome, but other than that it’s hard to pick a favorite when most of my time in this game so far has been an absolute blast.

What random event would you like Darkwind to do?
I think doing some Timewalking of old raids would be real fun for all of us who didn’t experience them when they were current, or those who weren’t in DW at the time.

When Not Playing WoW

What are some of your hobbies?
I’m a big sports fan, as is required of a Bostonian, but I’m also currently putting on a show of Shakespeare’s “Macbeth” through my college. Also a pretty big Esports fan, especially CounterStrike Global Offensive

What hobby would you get into if time and money weren’t an issue?
I’ve always been fascinated with painting models and miniatures, and have been particularly interested in Warhammer 40k and Star Wars miniatures recently. However, I’d probably just buy most of the board games in existence and happily spend all my time learning and playing those.

Do you collect anything?
I used to collect coins and golf balls, but nowadays my favorite thing to collect is blown glass.

Favorite book?
My favorite book is probably some kind of three-way tie between Ender’s Game by Orson Scott Card, Leviathan Wakes by James S.A. Corey, or the Eisenhorn omnibus by Dan Abnett

Favorite TV show?
I recently fell in love with The Expanse, but I’m still very fond of Stranger Things and the first 6 seasons of Game of Thrones.

Favorite movie?
Very tough choice, but I think I could watch Clue until the end of time and still find it hilarious.

Favorite meal/food?
I love seafood, particularly salmon and swordfish. However, pretty expensive and can be time consuming to make so my favorite regular meal is spaghetti and meatballs with broccoli.

Coolest place you ever visited irl?
A couple summers ago my family went on a helicopter ride to the top of a glacier, which was an absolutely singular experience.

Do you have any pets? If so, introduce us!
My family has two bunny rabbits, Simba the lionhead and Moxie the doofus. 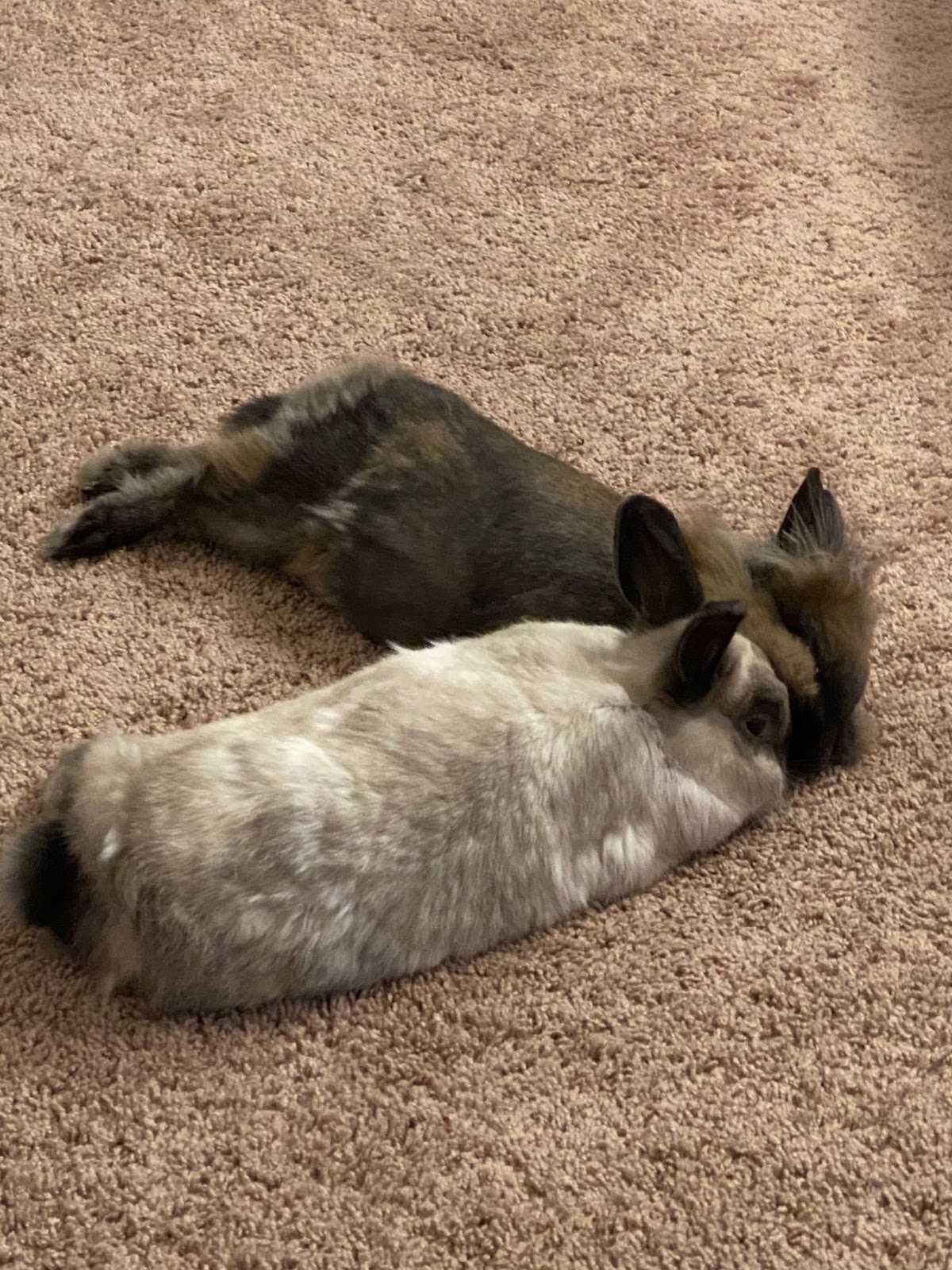 If you could have a super power for 24 hours, what would it be and what would you do with it?
Time travel, then my 24 hours would never run out :). Then I’d mostly go back in time and chat with major historical figures and/or ancestors of mine.

What’s the most useless talent you have?
Being ok at World of Warcraft

If you could live anywhere, where would it be?
Personally? Probably the Northwest Washington state area cause I love the weather and the area, but I’ve got so much family in the Northeast it’ll be hard to leave.

What did you want to be when you were little?
The most striking one was when I went around saying I was going to be president for a while in elementary school, that left an impression on teachers.

What would you sing at Karaoke night?
Any 70’s/80’s classic rock probably, know those songs well and might not butcher them too egregiously.

If you could share a meal with any 3 individuals, living or dead, who would they be?
My grandad on my mom’s side, to meet my namesake. Then probably 2 important historical figures, I really cannot only choose two, but FDR and Homer would probably have to be my main picks

What three items would you take with you on a deserted island?
A water filter, A bow, and some kind of sharp and durable knife

What is your spirit animal?
F R O G

What small things brighten your day?
Certain songs never fail to put me in a good mood, just listening to one on my way to work or back from school often makes me feel a lot better.

What’s something about you that most people don’t know?
There are some movies (The Phantom Menace, The Two Towers) that I can almost entirely quote from memory.