Tonight, Darkwind’s Progression Raid downed Heroic Gul’dan for the first time. It took quite a bit of flawless execution to pull off this feat, but we were successful! This brings Darkwind another “Ahead of the Curve” achievement, and the conflict in the Nighthold finds its resolution. Great job, team!

If you’d like to join our team in the upcoming Tomb of Sargeras raid, make sure to check out the raiding document, and chat with a member of the Raid Lead team (Bloodshox, Waldhaar, Karensa, or Shadram) so we can assist you. Kil’jaeden, here we come!

Kill video below! Thanks Liarawolf for editing and putting that together for us. 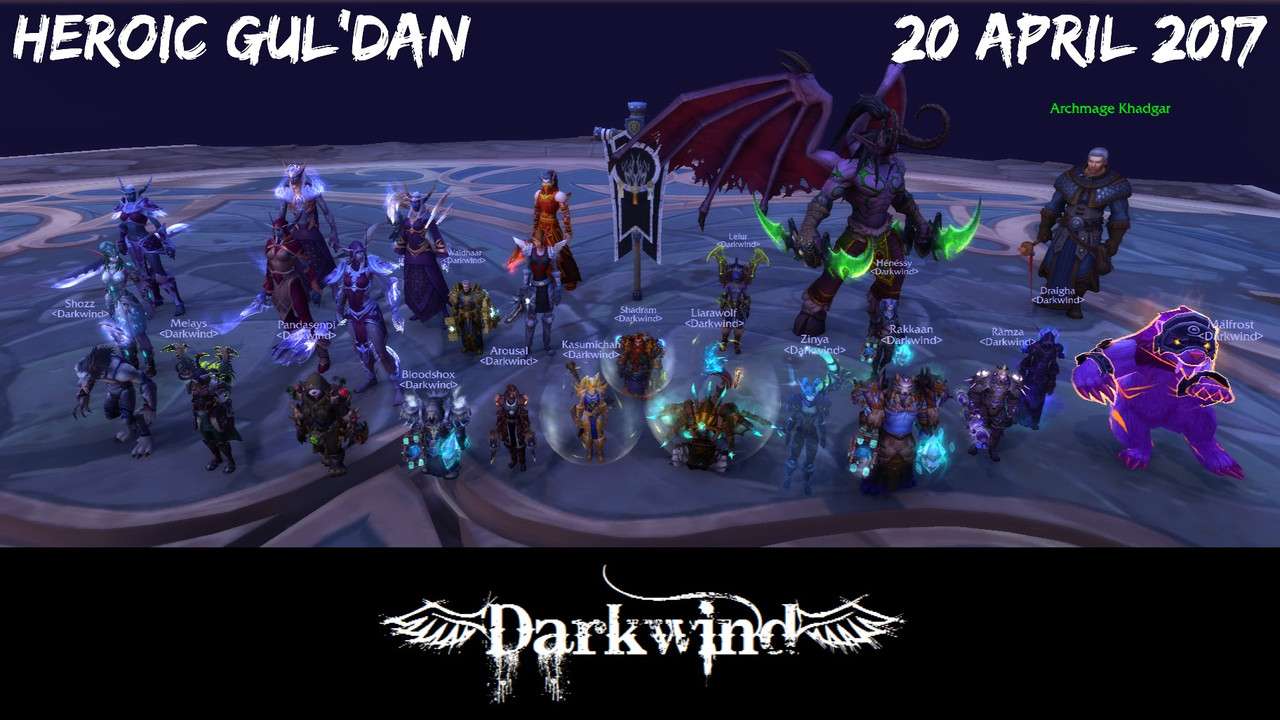