As we all get hyped up for the new expansion, it’s always good to reflect where we came from and what we’ve accomplished in game.  Viewing ourselves in this light gives us an idea of where we are going and how we plan to get there.  But what about those who wish to return to those old times, to relive and remaster them?

That’s what the goal of Old School Raiding was; a return to nostalgia, even though we were beyond the power of those raids.  Bosses that used to take guilds weeks to understand, practice and beat down now take a single person mere seconds these days.  Blizzard has known that this is the case and left it as just that, a nostalgia trip for those who wish to take out bosses that would take weeks to take out.

But Blizzard also left in all the titles, achievements and mounts of those raids, albeit the mounts are far rarer than they used to be.  One such title is “Herald of the Titans”, which is achieved by defeating Algalon the Observer with a level 80 group using gear that does not exceed 10-man Hard Mode (226 armor and jewelry and 232 weapons).  Currently, we have had two successful groups achieve this Feat of Strength and in total 16 guildies can now wear this title with pride.

Our first run on January 17th was shaky, learning our classes and how to play them at 80, and the first attempts at the other bosses in Ulduar to achieve an understanding of how to play showed promise.  But our attempts at Algalon proved that our “power through old content like it’s a walk in the park” mindset could not apply.  Food buffs, flasks, and potions were just as necessary, as if it were current progression content. We had to recollect ourselves and make a few changes and the next week on January 24th, we brought down the Observer. 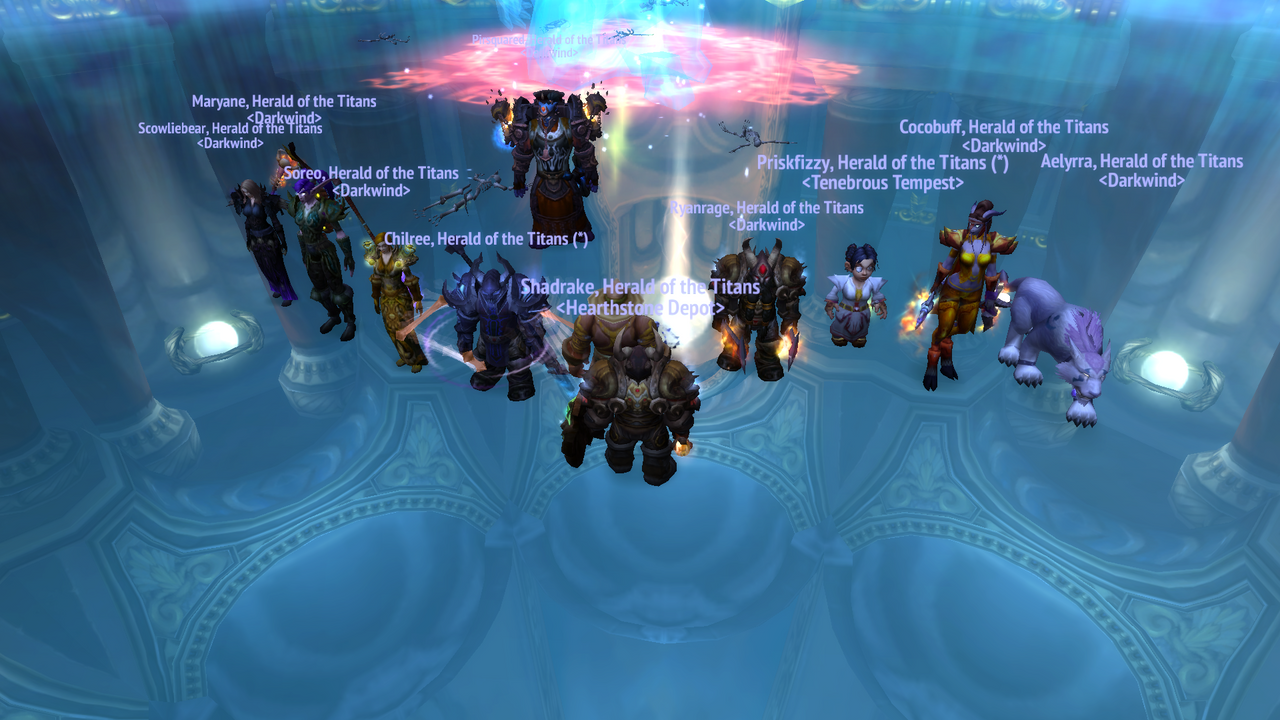 From the lessons learned during our first run, our second run on May 1st went much more smoothly.  This time, we took 6 new members into the depths of Ulduar.  After a few similar attempts at learning mechanics and familiarizing ourselves with the gameplay at level 80, everything clicked and we got him down a second time. 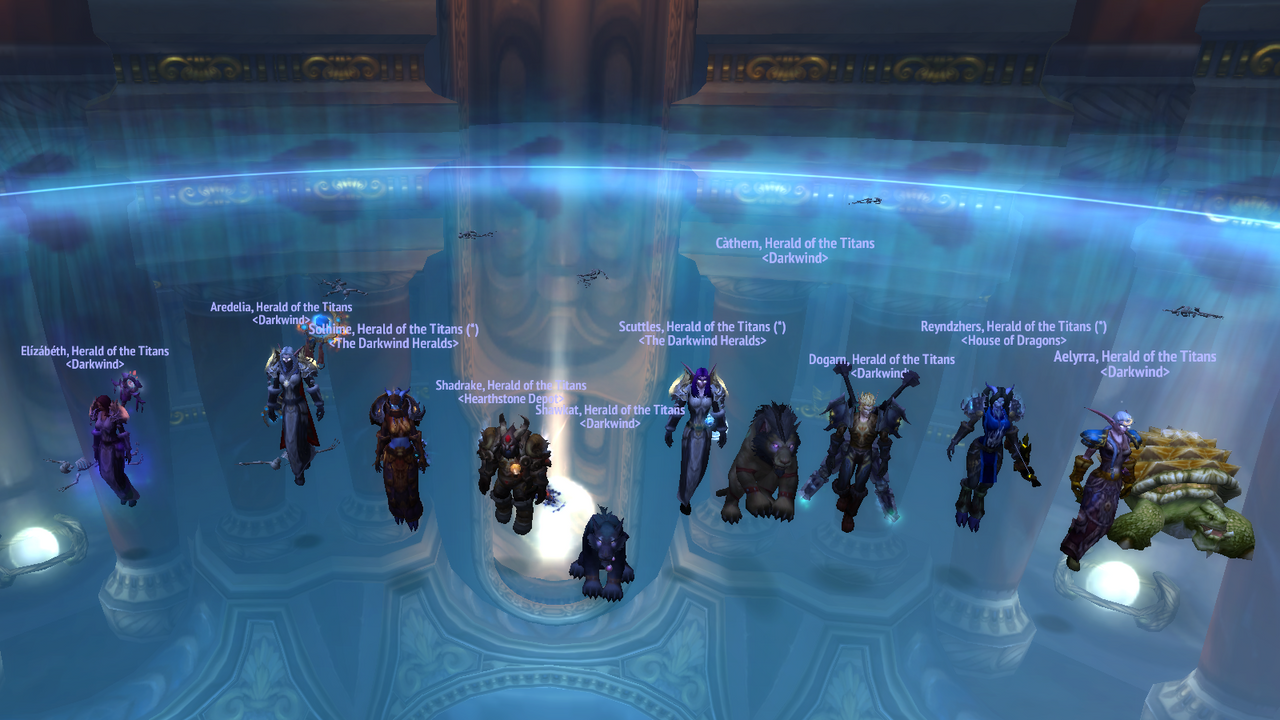 The question remains, are these 16 guildies the only ones who can proudly wear these titles?  The answer is no.  Darkwind plans to do more as Legion goes on.  As we get closer to Legion’s release, we are postponing our run but plan to bring this back after we have felt that Legion is in full swing.  The tentative plan is to have a run each quarter.  If you have any questions on gear, you can always check out my forum post here, as well as contact me (Lunahime) in-game or out of game, if you have interests in working towards this achievement.

Keep your eyes open for other Legacy achievements and runs we may accomplish throughout the course of Legion, and looking forward to gaming with you all!