Out of Helheim by Shadram

What a kill. Heroic Trials of Valor proved to be quite the testing ground for our Progression Team, with a few nights dedicated to perfecting a strategy for the Heroic Odyn encounter. After a couple pulls on Guarm, the three-headed gateway beast fell at the hands of our raiders. So we move onto Helya, one of the least killed end bosses of a raid. The difficulty curve of this fight surpasses the majority of Mythic Emerald Nightmare encounters, so Heroic Helya took practice, coordination, and stamina. All of that paid off; with one of our cleanest kills, Darkwind defeated Helya.

As Nighthold opens tomorrow, it’s great to know that our raid team is staying ahead of the curve, and performing feats that test our skills. Looking forward to finally punching Gul’dan in the face! Nighthold, here we come! 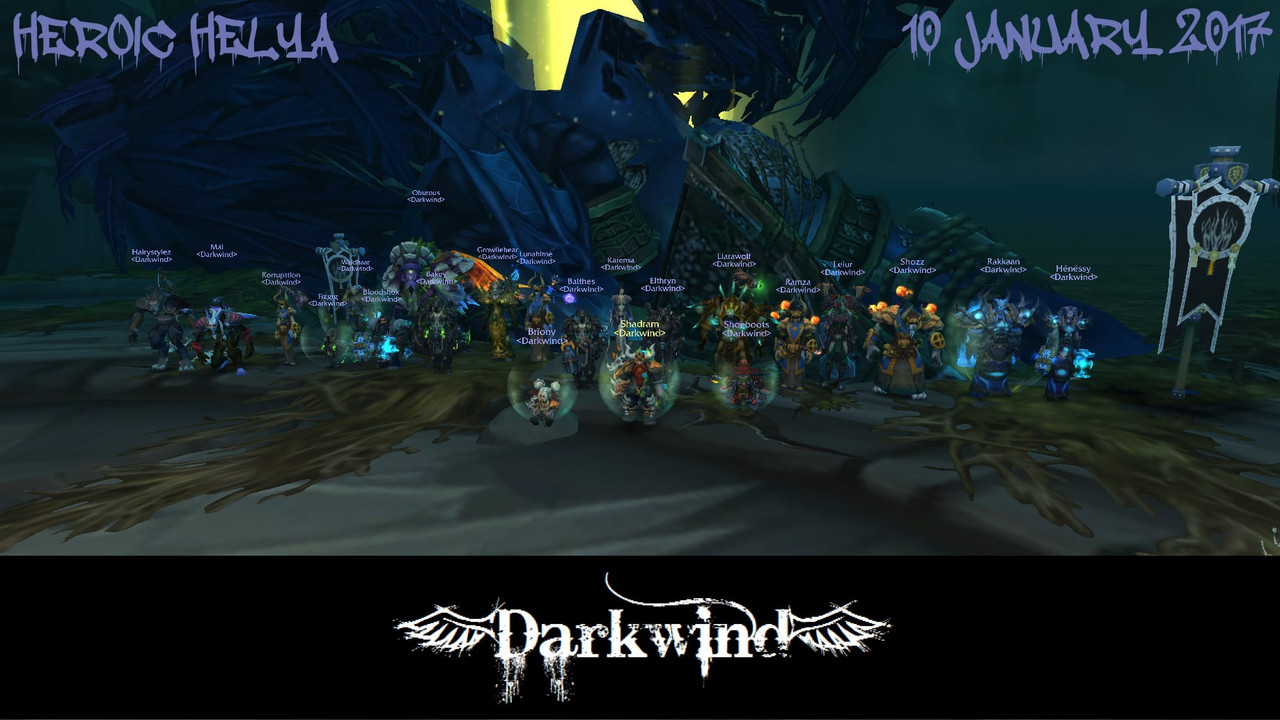