With the month of September comes the knowledge that summer is wrapping up. Summer 2015 has been quite an eventful one for Darkwind as a guild, in evolving our image as a group of individuals who not only play WoW, but share a common interest in gaming as a community.

On June 19, 13 Darkwindians made plans to congregate in Northern Ohio for the weekend, for what became known as DarkwindCon 2015. Some guildies drove, while the majority flew in from our respective home bases. Making Lighthouse Lodge our home for the weekend, our members began to trickle in over the course of an evening. After spending months–years even–talking and hanging out with these guildmates in guild chat and in Mumble, it felt like meeting old friends.

After a dinner BBQ, our first evening was filled with S’mores around the fire pit, games of Resistance and Coup, and numerous anecdotes of experiences we’ve had in-game. Bunks and beds claimed, the night wrapped up. Saturday, we raided Cedar Point: rode a few roller coasters, ate lunch together, and the group played through a round of mini golf. Ending the day at the amusement park a little earlier than planned, we went back to hang out at the lodge, crowding into one of the bedrooms to continue to share stories. An evening of pizza, VHS Jurassic Park, a bunkbed blanket fort, and more stories brought us well into the night. Sunday, we said our goodbyes and went our separate ways. 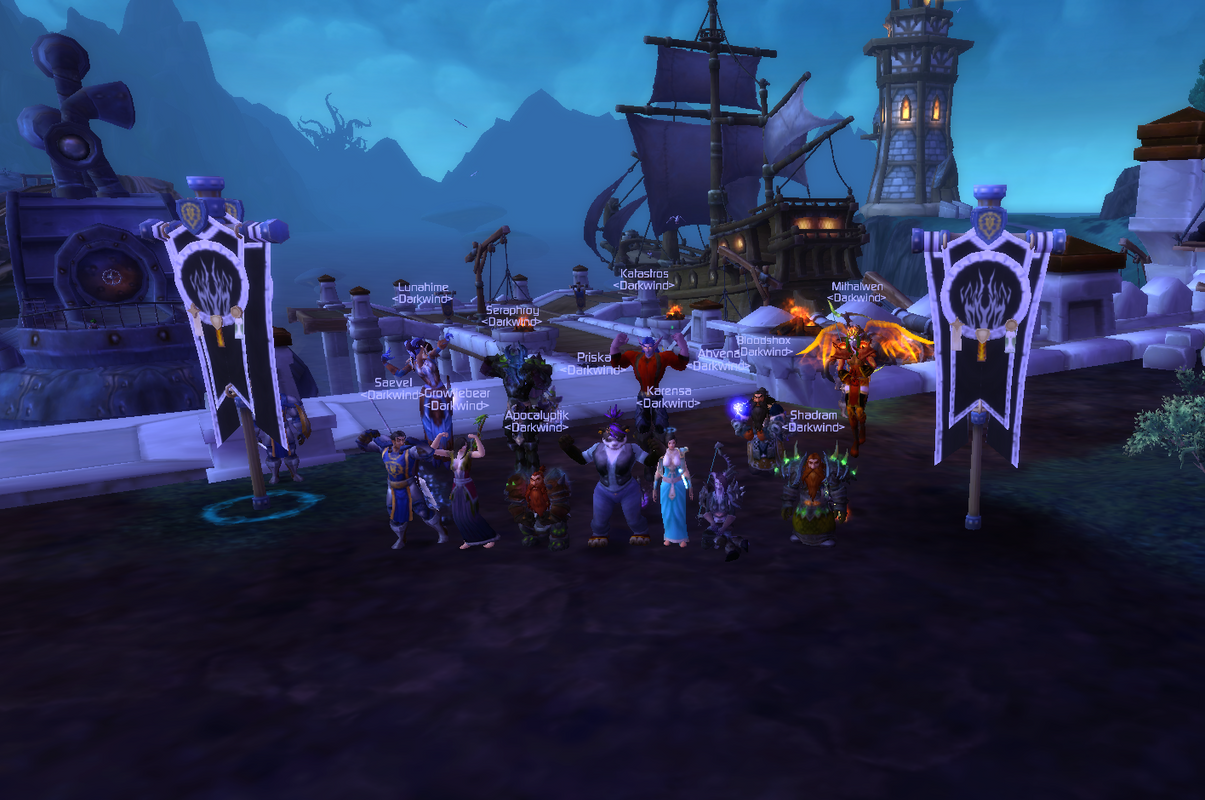 With the lighthouse in the background, we created an in-game representation of those who attended DarkwindCon 2015. /flex 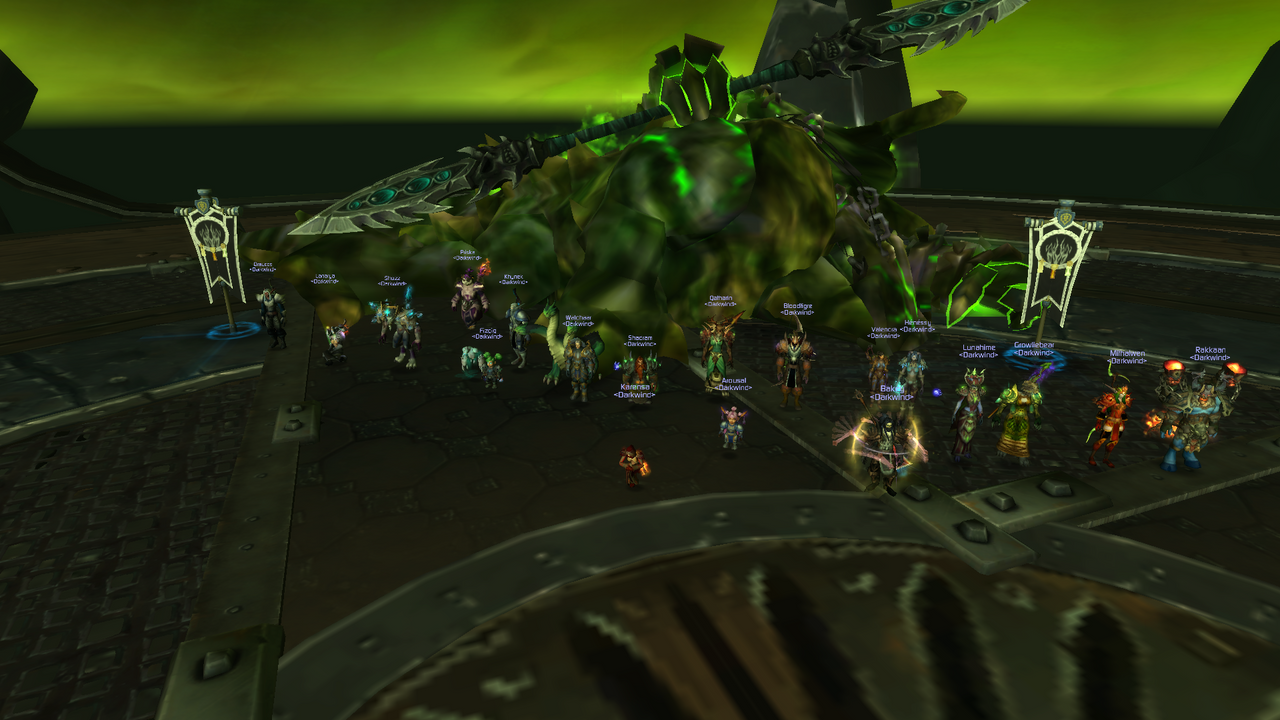 Darkwind’s Raid Team poses in front of Mannoroth’s corpse after our first kill.
In WoW, the raiders have been making great progress over the summer, unlocking the first raid skip to Iskar, and finding consistent success up through Mannoroth. While poking a few times at Archimonde, we are beginning our attempts at Heroic bosses, while working on gearing new raiders, and seeking to attain 4-set tier bonuses.
With a new expansion announced, BlizzCon just around the corner, and holiday season quickly approaching, I am looking forward to what this next string of months hold for our members. May us Darkwindians have a great autumn season!